Douglas Brust is a Partner with the firm whose practice focuses on civil litigation with extensive experience in criminal matters. Doug has handled and successfully resolved disputes in diverse areas including personal injury, real property, common carrier liability, insurance defense, and commercial transactions on behalf of both individual and corporate clients. He has served as an Superior Court Arbitrator, Superior Court Settlement Conference Judge, Judge Pro Tem for Small Claims and cases of unlimited jurisdiction and is well versed in all phases of litigation and dispute resolution in state courts. He has received an AV Preeminent© rating from Martindale Hubbell and further peer recognition as a trial lawyer by election as an Associate of the American Board of Trial Advocates (ABOTA). He has been named Top Lawyer by San Diego magazine and has been named one of “America’s Top Lawyers.”. He also handles Home Owners Assoc. cases both for and against HOAs, Boards of Directors and individuals. All matters involving the Sterling-Davis Act. 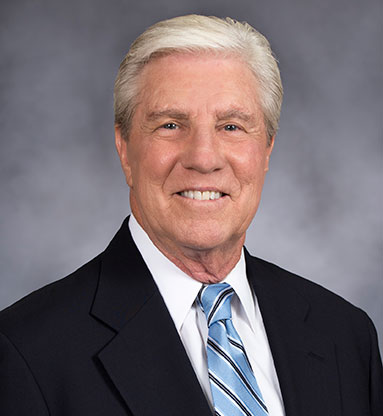